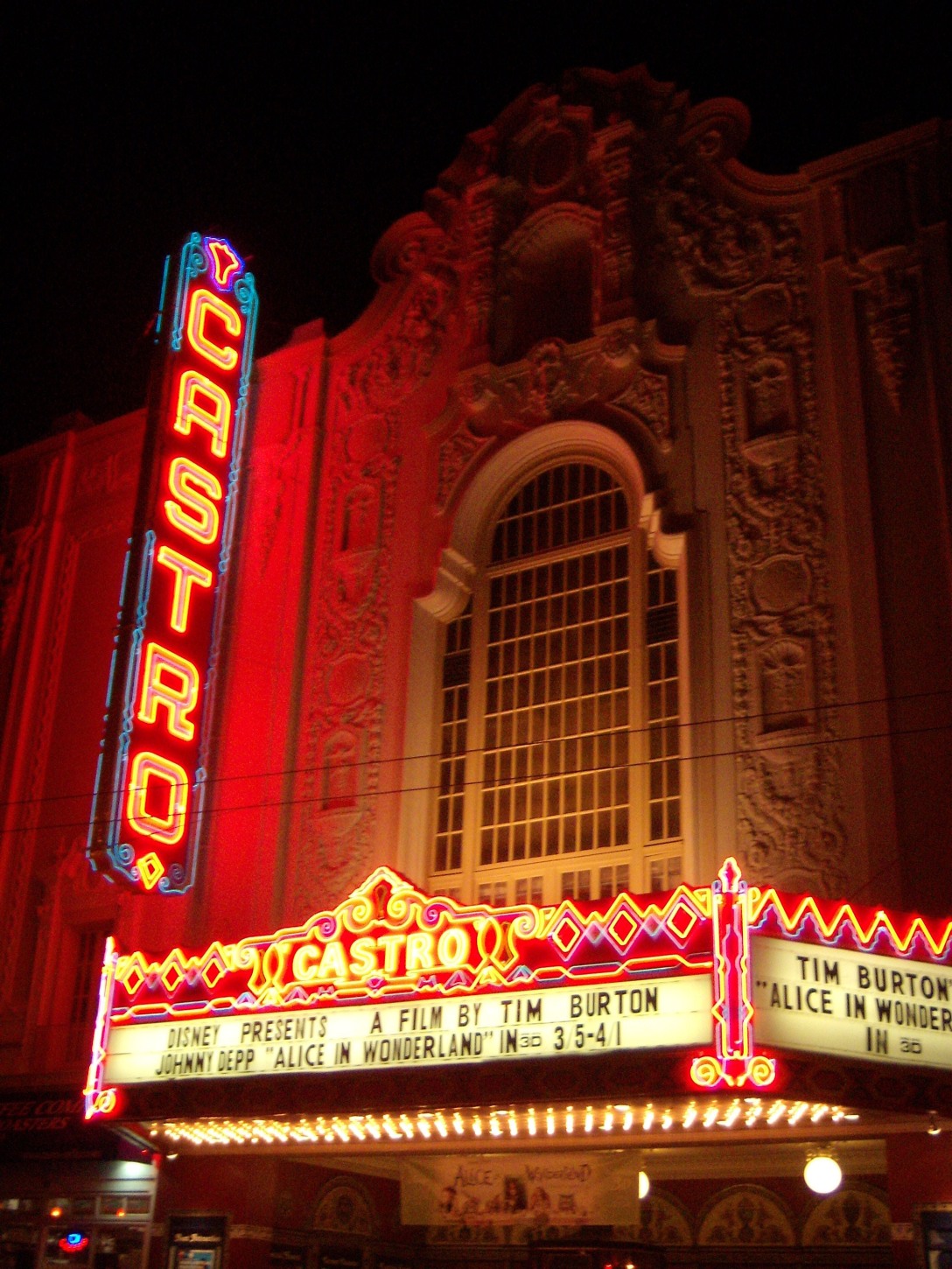 The Castro Theatre, architect Timothy Pflueger’s first movie palace from 1922, is showing off a fabulous new exterior coat of paint.

Now highlighted are the Spanish Baroque details of the exterior. A repaired hidden spotlight, when lit, illuminates the shell motif above the centerpiece mullioned window.

Combined with the repairs in the late autumn of 2007 of the signature neon vertical, which was architect A.A. Cantin’s 1930s contribution,  the theatre is looking quite de-lovely. The vertical sign and the marquee were repaired and painted for Gus Van Sant’s Academy Award winning movie, “Milk,” in which Sean Penn won the Oscar for best actor his portrayal of one of America’s first openly gay politicians, Harvey Milk. Many scenes were filmed in the neighborhood. During the filming, there was a security guard stationed at night outside Milk’s former camera store, Castro Camera at 575 Castro, which was restored to 1970s retro perfection for the movie. You can read more about the filming in early 2008 here in the San Francisco Chronicle.

Here is a daytime look at the freshly painted theatre. Events producer and manager Bill Longen said the goal of the project was to stay as close to the theatre’s original colors as possible.

It’s quite a contrast to a few years ago. Churrigueresque details now stand out amid a darker and more pervasive beige.  A deep red brings out the neon vertical, marquee and shops.

The photo below shows the theatre in the summer of 2007 when Tom Paiva and I (I was the assistant!) were shooting photos for our book Art Deco San Francisco.

What a difference a paint job makes!

1 thought on “Castro Theatre gets a fab exterior makeover”

And it's a wrap. Sunday night was the last night of the Noir City film festival, where we saw 24 films, all from 1948, in ten days. We managed to attend every night, despite the Tesla/Elon trial in Federal Court and tech earnings all week. Thanks to Dennis Hearne @mrluckysf for the express bus tips, and for taking great photos of everyone!! Was so good to see many people I have not seen in awhile and fun to hang out with Noir loving pals like Heather, Rose, Sheryl, Leah, Kimberly, Isabella, Alice, Laurie, Rory, Jonathan, Kathy, Suzanne and many others! Thanks to @eddie_muller8591 for mentioning @16inchesoc and me in the program as one of the couples who met at the festival!! I think among my top fav movies were "All My Sons," "Larceny," and "The Naked City" but it's hard to pick. The Preston Sturges satire "Unfaithfully Yours" was so fun. Thanks again to everyone at the @filmnoirfoundation and the Grand Lake Theatre for an amazing 10 days. #filmnoir #noircity20 #grandlaketheatre #oakland #1940s #oldmovies #vintageclothing #black&whitephotography
Did not post too much this year so this is a top nine from our Christmas road trip down south. Had a great holiday with @spotlightfloodlight @araceli_cortes9 and @16inchesoc. We returned via train on the Coastal Starlight just in time to avoid the atmospheric river (and our train hit and killed someone walking on the tracks, so awful). Sadly I did not get any photos of the train before we left in daylight because it was kind of dark with the impending storm, and my few photos at Union Station were in bad light. Was fun to see the amazing yet terrifying coastal highway again. I drove for a small section, yikes. So scary. In order some highlights: